What is Gum Disease?

Leading cause of tooth loss

Gum disease affects millions of Americans and is a “quiet” disease that usually progresses without pain or discomfort until it is severe. It is the leading cause of tooth loss. Gum disease has also been linked to serious health conditions such as diabetes, cardiovascular disease, respiratory disease, osteoporosis and cancer.

As periodontists, Dr. Tanur and Dr. Ovadia are highly trained specialists in the diagnosis, treatment and prevention of gum disease. The doctors can remove the disease-causing bacteria, restore your oral health and in many cases reverse the damage that was caused when the disease was active.

The bacterial plaque emits toxins that irritate and eat away at the gums and tooth enamel. The gums become inflamed. This is the beginning stage of gum disease. If this accumulation is not removed, the disease progresses in severity as the plaque accumulates further. The inflammation worsens, the gum detaches from the teeth and the supporting bone is lost.

The second level is more severe and is known as periodontitis. Periodontitis is an infection of both the gums and the surrounding bone, which causes the gums and ligaments to detach from the teeth and causes bone loss.

As the gums detach, a pocket develops under the gumline between the gums and the teeth. Bacteria accumulates in the pocket and hardens into calculus (also known as tartar). This irritates the gums further and accelerates the infection, gum detachment and bone loss.

The point of gum attachment to your teeth is naturally about 3mm below the visible gumline. Gingivitis can exist at up to 3mm depth, but there will be no loss of ligament and supporting bone.

Periodontitis has set in when the point of attachment below the visible gumline is greater than 3mm and the ligaments and bone have started to erode. Periodontitis advances in three stages; mild, moderate and severe.

Our doctors can determine the extent of periodontitis by gently measuring the depth of your gum pockets using a small probe. 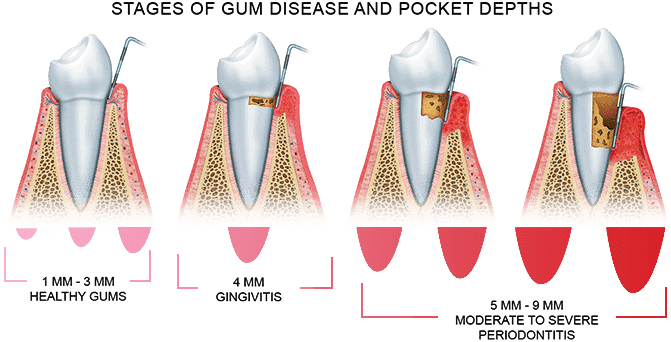 The gum pocket depth is greater than 3mm on up to 5 mm and the infection has started to destroy the ligament and bone surrounding the tooth.

The gum pocket depth is now between 5 and 7mm and the ligament bone supporting the tooth has been further lost.

Pocket depth is 7mm or greater and the ligament and bone loss has become severe. The depth of the tooth root is only 10 -12mm, so the tooth is in severe danger. Teeth can become loose at this point and may have to be removed.

If you have any of the following symptoms, you should see us and get a full examination to see if you have gum disease and how severely it has progressed. 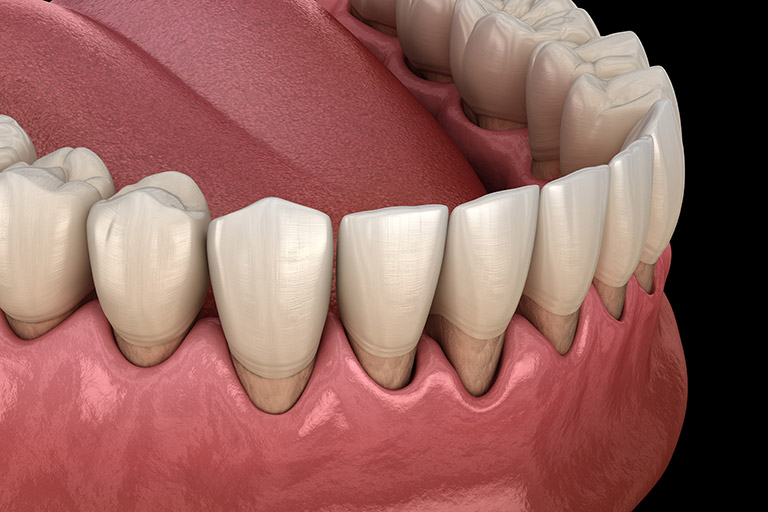 Receding gums can be a symptom of gum disease.

Although plaque accumulation and the resulting infection and inflammation is the principal cause of gum disease, there are several factors that make you more susceptible and can make the disease progress faster.

Genetics: An estimated 50% of the population is genetically predisposed to gum disease. However, proper oral care can keep the disease in check or prevent it from occurring.

Smoking: A recent study indicates that the most damaging types of bacteria for gum health are found in smokers’ mouths.

Medications and treatments for other health problems:  Some medications reduce the production and flow of saliva. Saliva has a protective effect on the mouth, and without enough saliva, the mouth is more susceptible to gum disease. Certain treatments for diseases can weaken the resistance of the gums, or cause excess gum tissue to grow which makes the gums and teeth harder to clean.

The body acts as an integrated whole. A diseased condition in one part of the body can have damaging effects on other parts.

Gum disease has been linked to other serious health problems such as cardiovascular disease, respiratory disease, diabetes, stroke, and some forms of cancer.

Come see us for a consultation

If you are concerned that you may have gum disease or that earlier treatment has not gotten your periodontitis under control, come see us for a full examination. The doctors will examine your teeth and gums and determine the extent of your gum disease. They will then advise you on the best way to treat it and will give you treatment options and answer any questions. 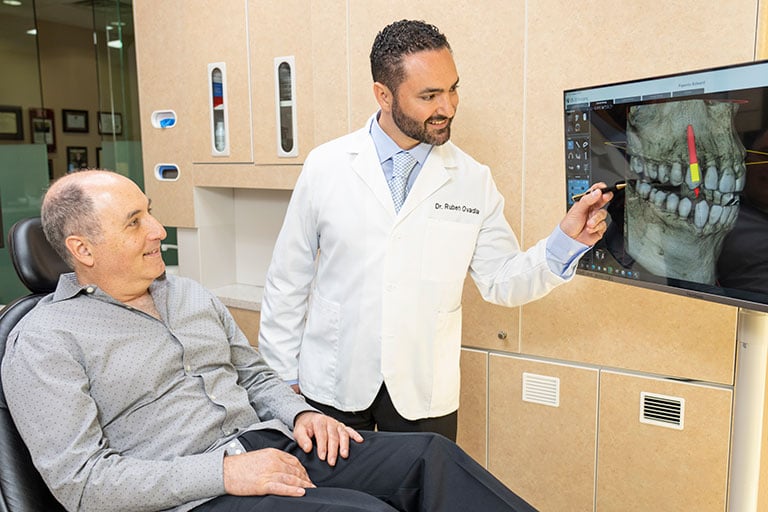 We will conduct a thorough exam and determine the extent of gum disease and present your treatment options. 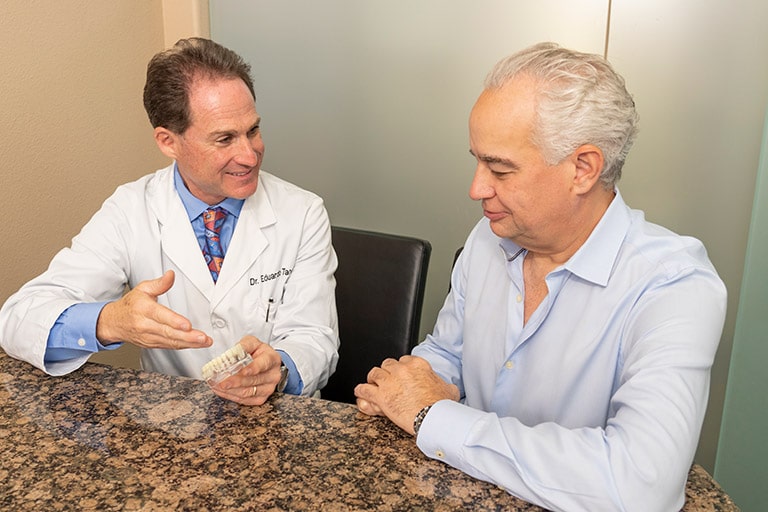 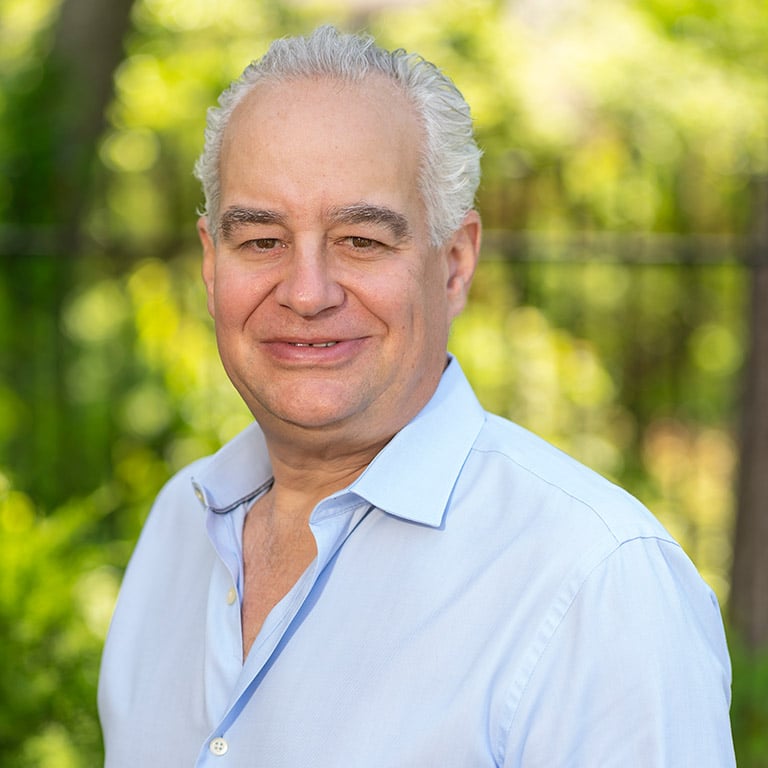 “I had a tooth that fractured and I was in a lot of pain. Fortunately, I was taken care of promptly at Periodontal Associates. Thanks to the gentle hands of Dr. Ovadia, the procedure did not hurt at all and now I have an implant that is rock solid! I like going to a doctor which I trust 100% and Dr. Ovadia gives me that trust. He is very professional and gentle with his patients.”

Our doctors and staff are dedicated to giving you the best possible results in a friendly and comfortable environment.

Click the link below to schedule an appointment with our doctors.